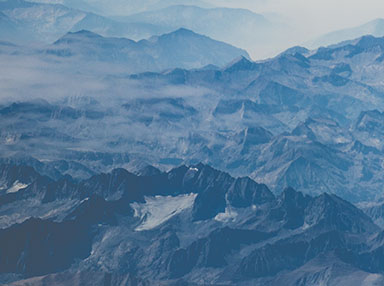 
A heart that readily wells up with evil dreams and plans, flesh that delights in them, a fallen world that brings to us all kinds of evil days, people, circumstances and opportunities . . . and in the shadows, hiding behind all these things is Satan, the evil one. In scripture he is also described as the deceiver and the destroyer. In the Lord’s Prayer it is legitimate to translate, ‘deliver us from evil,’ ‘deliver us from the evil one.’ We do not only wrestle with flesh and blood but with mighty, deceptive and destructive spiritual forces under the evil one.

We are guests in our heavenly Father’s world and yet Satan, a fallen servant of God, will constantly suggest that God’s commands are irksome, restricting; that our heavenly Father is denying us a basic ‘right’, namely, to do as we will, to be as gods. He tempts us to break free from God and do as we will. Here is Satan’s basic ploy. See how he uses it again and again.

‘A people’s greatest treasure is their reverence for the LORD.’
In modern Western culture, with our great Christian heritage, perhaps the most effective way in which the evil one has been at work is by way of liberal, secular, humanist thinking. Here is a way of thinking that cuts free from God and his fatherly commands and instructions. By it Satan has been able to bring our godly heritage all but tumbling down.

Our secular government has laid aside godly moral values and replaced them with a whole sea of relative values. These are human values that simply depend on current social thinking, the circumstances in which we find ourselves, the effectiveness of a pressure group or on the whim of a ruling political party. Such thinking is always presented very plausibly and forcefully and yet it has exposed us to a flood of evil right across our society.

In Britain, godless thinking underlies the throwing off of godly ways and a sliding back into old and pagan ways right across the moral spectrum. Godly chastity before marriage and faithfulness within it are being displaced by a widespread thinking which regards the exclusive and lifelong commitment of marriage as of little importance, relatively stable partnerships becoming the normal pattern. It is a way of thinking that can lead to the collapse of godly family life, and unltimately to the collapse of society.

How far will we slide? Roman society women dated the year by the name of the then current partner. Indeed, the ancient Romans accepted any partner, homosexual or heterosexual, at any time – with children of mixed parentage loosely attached along the way. For our encouragement, this was the very cradle or seedbed of the New Testament church.

In Roman times, Christian disciples were a people with a new and distinctive way of living. However, the effect in our own days of declining godliness is, firstly, to make appear ‘very odd’ those Christian disciples ‘still living’ our heavenly Father’s narrow but best way and, secondly, to alienate great swathes of people, who have nothing against the Christian church, but find themselves excluded from it by the way in which they have been encouraged to live.

There is a very great social cost attached to the prevailing godless way of thinking. It has undermined the family, offering ‘equally valid’ alternative lifestyles, but they are lifestyles that tend to the breaking down of society. These ungodly lifestyles have produced, often not of their own choosing, many more single parents and homeless teenagers. This flows from the casual nature of modern parenting partnerships where one or the other partner may move on or be replaced, and youngsters find that the new relationship in some way excludes them. This casual or uncommitted approach has also given us a spiralling tax burden that the rest of society must pay to care for those who are no longer in economically efficient, mutually supporting families.

This tide of secular thinking has also destroyed so much that was orderly, good and godly in the education of our young people. It has added to godly honest dealing a range of so called ‘creative’ financial approaches. It has brought into medicine what is in practice abortion on demand, the ‘right’ to destroy a dependent life that is not wanted, a way of thinking naturally to be extended to euthanasia. It has filled our society with groups demanding rights of every kind, and has largely taken away the sense of personal responsibility. In short, ungodly liberal thinking has brought with it a whole rising tide of evil. And most sinister of all, it lays out a ‘red carpet’ for the advance of a determined alien culture. A culture which, across the world, consistently threatens and crushes with violence all that stands in the way of its advance and in particular crushes godliness and godly people. And behind all this Satan smiles as deceit and destruction flourish and the godly foundations of our society are steadily undermined.

For many years our heavenly Father has protected this country from evil, surrounded it and kept it safe, but how can we expect the continued blessing of God in this privileged way and yet turn our back on him? Disciples of Christ need earnestly to pray, ‘Keep us from evil. Deliver us from the evil ways and evil influences to which we, as a nation, in our God forgetting and all-tolerant way, have laid ourselves wide open.’
Satan and the church

Within the church the strategies of the evil one have been equally effective. By the same ungodly liberal thinking, he has undermined true faith in great sections of the church, offering well-presented human teaching which displaces the teaching of our Lord and of his apostles. By this thinking, for example, he has torn apart the church over the central issues of Christian belief, over the ministry of women and the acceptability of homosexual practice.

In our worship, Satan, the deceiver, delights to replace sincerity of heart and holiness of life with splendour of ceremony or with heat of emotion.

In our fellowships, at every opportunity, Satan, the destroyer, sows those fast-growing weeds of mistrust, discord and envy. How we need to be constantly on our guard, praying that ‘we may agree in the truth of God’s holy word and live in godly love and unity’; testing all we hear and read against the plain teaching of scripture, and actively guarding our fellowship with one another. Satan delights both to lead us astray and to divide us. He delights to see the church, at the local, national and international level, destroying itself.

Satan is the master of his art. His constant aim is to cause us to stumble. Behind Job’s terrible trials was Satan seeking to cause Job to curse God to his face. Behind Peter’s terrible night, as he found himself denying his Lord, was Satan seeking to cause Peter to fall. Yet, on the surface, all could be accounted for by personal weakness, by the pressure and persuasion of the people around them or by the circumstances in which they found themselves.

The evil one plays on our anxieties, fears and hardness of heart in order to undermine or destroy our walk with our heavenly Father and our walk with our fellow disciples. This world really is a spiritual mine-field!

Satan works indirectly through material wealth, pleasure, anxiety or the pressures of life, to make us forgetful, fruitless and cold towards the things of God. It is for this reason that it is so hard for the successful person, modern and materialistic, to enter the kingdom of heaven. It is for this reason that young Christian disciples, who begin so full of vision and passion for God, so often end up in middle-life cold, indifferent and fruitless. ‘Father, keep us from evil.’

Satan works more directly as the destroyer as he presents ideas and convictions that would wreck our walk with our heavenly Father or our usefulness in his service. The recorded temptations of our Lord are exactly of this pattern. Each, though presented as apparently highly desirable, would have either destroyed him or his work. He was tempted to use his authority and power for his own gratification. He was tempted to commit a spectacular suicide and so destroy himself. And finally he was tempted, in the privacy of the moment, to gain all with ease – at the price of becoming a double agent, a secret servant of Satan.

We will face similar times of testing. For us, the temptations of Satan can be presented as the persuasive argument of an atheist, the advice of a ‘friend’, or simply a ‘gut feeling’.

More rarely, but dramatically, Satan works as the destroyer through tricks of the mind. He is sometimes behind quite overwhelming and terrifying thoughts of destruction, both of ourselves and of those around us. Fiery darts indeed, to be recognised by their sudden force and destructiveness. Our heavenly Father does not shout at us! So if, when you are under great stress, depressed or just very tired, you feel a strong prompting to ‘Finish it all, throw yourself in front of this train,’ – hold fast. If it is, ‘I could kill you,’ – hold fast. If it is, ‘Drive into the ditch, now,’ – keep steady. Or, in the early hours you might awake from a dream with a mind filled with the most unthinkable scenes of violence or vice, from which you recoil in horror. Such things are by no means uncommon, but they are not of God. ‘Lord, deliver us from evil. Keep us safe, keep us steady.’

Even more directly, if we have in some way played into Satan’s hands, we may find ourselves or come across others who are directly under the influence, or even control of the evil one. We can so easily bite on his bait for it is always presented so attractively. As a former generation put it, ‘Satan’s delicacies are always served on silver salvers.’ It is so desirable to know the future; to have hidden powers; to be in touch with the spirits; to be in contact with those we have lost through death. Yet to pursue any of these is to bite on Satan’s bait. Can this also be a hidden danger behind an invitation to join a secret brotherhood or lodge, or even behind certain job or financial offers?

In the early chapters of Genesis, it tells us that, after their fall, both the man and the woman hid themselves. After such an encounter with Satan’s temptation, whether we fall or not, it takes very great courage to come to our heavenly Father in honest and open confession. And yet our Father does not look on the outward appearance but on the heart. In the kingdom of heaven there are no hidden secrets and there are no double agents.

If we have been caught by the evil one we need to cry to our heavenly Father for mercy. Deliverance and forgiveness are freely available, they have been purchased for us by the cross of the Son of God, the Lord Jesus Christ. To be given them demands very courageous openness with our heavenly Father, from whom nothing is hidden. It takes very great courage, but, for those who dare, for those who come to him hiding nothing, he has promised forgiveness, deliverance and a fresh new start. The wonderful truth is that there are no depths of evil, into which we may fall, from which the grace of God in our Lord Jesus Christ cannot rescue us