'Seek first the kingdom of God and His righteousness...' 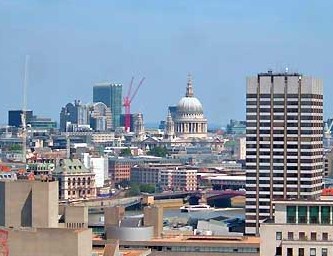 
As we look at this petition, we must begin and end with personal holiness of living. And yet, perhaps, like a guest in a great house, caught and challenged by our reflection in a large mirror we move rapidly out of its range to the comfort of a window where we can look out on the world. To view the world is far less personal and far less threatening!

Clearly, in heaven God’s will is done willingly, gladly and joyfully. May it be like that on earth. May our national and international policies, laws and treaties be godly. May they have about them a touch of heaven.

The apostle Paul urges us to pray widely and especially for kings and those in authority. When we hear that leaders of great nations are meeting to work out treaties, to hammer out understandings, or to work for a common approach to a rising evil – we are to pray. We are to pray that the Lord’s will might be done; that the agreements might be just and based on honesty and integrity and that they might be pleasing before Almighty God.

Our heavenly Father is able to overrule the activities of quite unbelieving men and women. In the Old Testament we read of Cyrus, who cared nothing for God, and yet he was God’s chosen instrument. It is not Washington, Beijing, Moscow or any other human power centre that is in ultimate control. It is the Sovereign Lord who is in control. As Nebuchadnezzar had so painfully to learn, ‘The Most High God rules in the affairs of mankind.’ He is God; he reigns.

We live in a fallen world where, from time to time, men and women of fearful ambition will arise to crush and conquer those around them. We are only safe when the godly are most mighty. We are only safe when the greatest power is in the hands of godly people and godly nations. Only then can wild and destructive men be restrained. Only then can we live in safety, for, although they may make many mistakes, godly men and women can be trusted to use their power against an oppressor and trusted also not to use it for aggression.

Thank God for the peace we enjoy and pray for godly government and godly ways at every level of society. For on God, and on his good hand on all those entrusted with authority, depends the well-being of our nation and, indeed, of our world.

Archbishop Thomas Cranmer and his fellow compilers, with brilliant spiritual insight, taught us to pray for those in high government office just along these lines. He taught us to pray that they might faithfully and impartially administer justice to the the restraining of all that is evil or corrupting and for the support and encouragement of all that is godly and excellent.

That they may truly and indifferently minister justice to the punishment of wickedness and vice and to the maintenance of thy true religion and virtue.

The old words sound hard in our day, and yet they carry the seed of all that it means to really pray, ‘Your will be done,’ throughout every level of society.

Modern thinking concerning government is that it should be morally neutral, not adjusting punishments and rewards to restrain evil and corruption and promote good and godly things, but simply to provide the necessary support to enable its citizens to enjoy a free choice of lifestyle, godly or ungodly, moral or corrupt. As a direct result of abandoning the biblical perspective of the God-given privilege and responsibility of government, well intentioned modern governments actually find themselves presiding over the moral collapse of society.

We need to recapture the biblical perspective so beautifully taught in these few words; words from the prayer for the church in the 1662 Book of Common Prayer – a prayer all but forgotten by the modern church.

When we use the word ‘indifferent’ we mean we do not care either way about some matter. But in Cranmer’s day it meant even-handedness, showing no difference between rich and poor, strong and weak as justice is administered. It is a prayer for fairness, impartiality and equity. And rightly so, for always the temptation is to be partial; to have one kind of justice for the prince and quite another for the pauper. The temptation is to caution the well-spoken driver of an expensive car and fine the leather-clad motor cyclist. There is great pressure to take note, as we are wined and dined, of the skilful presentation of the powerful business concern but overlook the simple letter of an ordinary person who is being crushed or abused by that concern in its pursuit of financial gain.

Here is a prayer that those appointed to administer justice might do so impartially before God.

‘To the punishment of wickedness and vice.’ That sounds harsh to our ears, and perhaps ‘punishment’ is too narrow. However, one purpose of government is to restrain evil; to associate some kind of high cost with wrong doing and so make evil more difficult to practise. This can certainly be done by fining or locking people up. But it can also be done by the passing of laws which so balance the rewards as to make it less desirable to practise life styles that would, directly or indirectly, wreck or undermine society. Here is a great principle of government: to restrain evil.

And vice? Vice is all that would corrupt and break down our society, all that would undermine godly living. The words ‘vice’ and ‘corruption’ have almost lost their meaning in our tolerant but ungodly society where all kinds of morality and immorality are accepted side by side.

But, in our pursuit of individual, adult freedom, are we not increasingly in danger of failing to protect vulnerable groups? We have, for example, all but removed legal protection for the unborn child. We are in danger of repealing laws that would protect young people from sexual abuse. And by allowing parenting partnerships to become so casual, we have exposed a great many young people to abuse either in the home or, as they flee from it, on the streets. Those in high places are called to restrain those who would exploit others and to protect the vulnerable.

‘And to the maintenance of thy true religion and virtue.’ There is a negative, restraining role of government and there is also the positive encouraging maintaining and supporting role, the helping forward of everything that is truly good and godly. Not, notice, necessarily the support of great church schemes and structures but rather the maintaining of true faith and godliness among the people.

There are godly members in our Parliament who realise that the traditional family, the key building block of any society, is under great pressure, is penalised rather than supported by our tax and benefit laws. They are concerned about it because it will undermine society, and so they work and speak to put this right. Thank God for such men and women.

‘Your will be done in terms of our national laws.’

But it comes closer to home than this, for most of us will find ourselves, at one time or another, in some position of authority where we must ‘govern’ in the broadest sense of this word. We govern as we play our part looking after a younger brother or sister, as a parent in the home, as a committee member, teacher, leader, shop-steward or manager. In each situation we are called to be faithful and impartial and to do all in our power to restrain evil and promote good and godly ways.

And so finally, to the root and source of the whole matter: ‘Your will be done in our own lives.’ We begin and end here because, frankly, this is the most difficult. Here, within ourselves is the primary battle. Only by the grace of God and the work of the Holy Spirit in our lives can we begin to swim against the tide of human nature and live a life that pleases him, or even wish to do so.

Are we willing, publicly, to stand against all that is evil; all that would undermine or corrupt, and to promote and support all that is godly, honourable and excellent? Are we willing, privately, for his holy ways to control our own living and speaking: at home, at leisure and in our business, social and political lives? Do we really want his will to be done on earth as it is in heaven?

The Lord’s Prayer is perhaps not the charming prayer we thought it was! Whatever our position in society, it is an invitation to walk, from time to time, in very uncomfortable places!

‘Father, grant us grace, wisdom and courage to stand for you. May “your will be done” not only by our passive acceptance of your will but also by our active standing against evil, and by our pursuing of all that would bring glory to your name and of all that would further the well-being of those around us.’